It's that time again to share a little about the writing process of my book GOLDEN PRIVATEERS to be published  in 2014. This was originally written in 1984 as a children's novel called HALLOWEEN BRIGADE.  It was inspired by a friend of mine who sent me an article from New York about a Pumpkin Sail on the Hudson River by the Clearwater. So I wrote a short story called "Croak of the Croaker Fish." Then this short story was created into a children's novel. 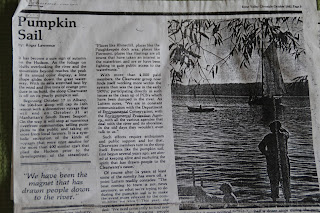 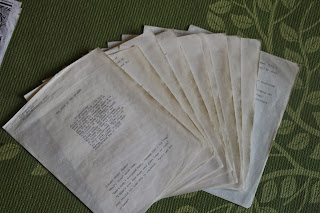 I was in a writing group in Los Angeles with Cynthia Whitcomb Mandelburg.  She had just finished writing "Let Um Laughing." At the time and I had created a screenplay called"The World is My Home."  She evaluated my screenplay for me. I had a small child and lived on my boat offshore.  I decided to work on a children's novel instead. She critiqued this too. I proceeded to send it out into the world to publishing companies but unfortunately received many rejections.

Loving this story very much as it was about a group of children that brought back spirit to a city and included the bullies in their Pumpkin Sail to end hunger on the planet, I rewrote it into GOLDEN PRIVATEERS. I sent it out once again this time to Simon and Schuster who liked Baggy Duck yet wanted to see my new story.  It sat at Simon and Schuster for a year.  I was calling every month to see if the editor had read it. Finally, she decided that it must be lost so I was to resend it. I did and six month later I received a letter that said "It had a lot of heart but was not right for their list." It took me awhile to get though the rejection of my story. 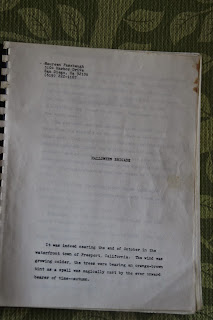 So here I am in 2014 going to self publish it. Golden Privateers is a 7-11 year old boat story and yes it has a lot of heart!I recently read it to a group of second graders and they loved it! 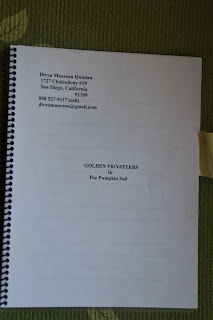